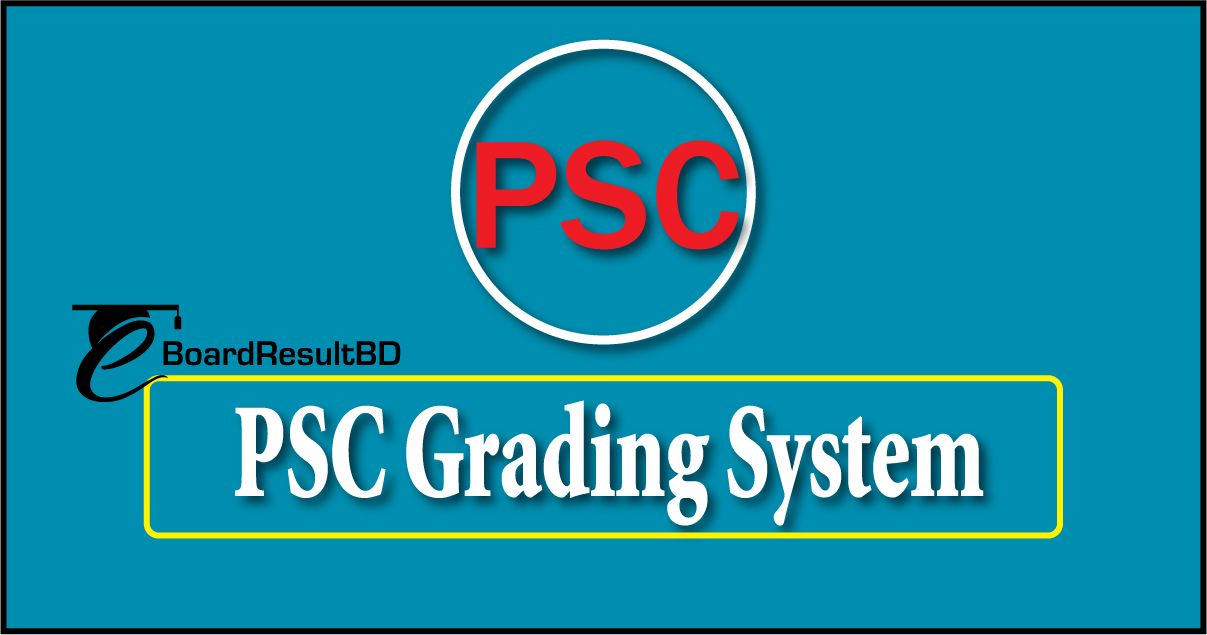 PSC Result of Bangladesh is given through the Grading system every year. Though many students and their guardians or not clear about PSC Grading System till now and they are looking for the same on the online. In order to help the class 5 students gain some knowledge about the grading system and the marking scheme of the PSC examinations 2022, we have come up with the valuable information through this post. So, contenders can just go through it.

Every year DPE conducts Primary School Certificate (PSC) exam for the students of class 5 for all over the country in the month of November. More than 30 lakh students take part in the exam every year and for this year the same happened. Aspirants appeared for the PSC want to check their result and it will be out in the last week of December i.e., mostly on 30th Dec. DPE usually releases the PSC Result 2022 based on the grading system that the DPE has implemented in Bangladesh.

The grading system varies for each exam. The grading system is shortly known as GPA or Grade point average system through which the performance of the students in the exam is evaluated and the PSC result is prepared. This system is adapted by the DPE in 2011 and from then the PSC exam results are being published in GPA system like various other boards. Before that in 2009 and 2010 the PSC result used to be published based on the division system. If you want to know about the PSC exam or Ebtedayee exam grading system, please check out the below given table.

Here is the table that will detail you the PSC exam grading system in Bangladesh and the students can clearly understand what it is actually. Mainly the exam management and controller have adapted this system in order to reduce the result tension on the students. All the examinees are advised to know about this GPA system and understand it clearly. This is also known as point table in some sources. Knowing this will help you calculate your GPA on your own. We have come up with an example also to make you understand about this grading system clearly. So, check it out.

For example: Suppose, if you got marks between 70 to 79 then your grade point will be 4 and your grade will be A. In this way, let us take an example that will show how to calculate the grade point and grade of all the subjects and the overall grade too.

The above table shows the procedure to calculate the GPA of the PSC Examinations. In the above example, the overall GPA is 4.25 and the Grade is A after calculating the grade and grade points of all the subjects of the exam. This is just an example given for the reference of the students. This is how the PSC grading system works to give the PSC Result to the students.

As if you are aware of the PSC Grading System or PSC marking system let us know now how the marks are distributed for all the subjects and the total marks of the PSC Exam. As per the latest update, there is no change in the marks distribution in the PSC Exam 2022. To know about it read the following.

It is said that there are a total of six subjects in the PSC examinations for the class five candidates. Out of which each subject will carry a total of 100 marks in the public exams held by the DPE. The total marks of the PSC Exams 2022 are 600 marks and the PSC Result 2022 will be calculated for that total. The students got the highest score will be awarded the PSC Scholarship by declaring the PSC Scholarship result and the management will decide it. As PSC results are to be out on few more days, it is necessary for the candidates to know the grading system clearly to calculate their score. So, be clear with it and wait for the results.